If you can’t get away for a summer vacation, why not explore the city you live in as a tourist? Summer is the best time to get out and get to know your city. This past weekend, I headed to Union Market DC to check it out. Union Market is a year round indoor market which has multiple vendors under one roof. From butchers, cheese makers, bakeries, fresh produce, retailers and many food vendors.

Union Market is located near Gallaudet University right off New York Avenue. You can either take the metro’s red line to NoMa-Gallaudet U stop or you can drive. There is plenty of free parking in front of the market and on the street.

First stop was Buffalo and Bergen. This stand is inspired by the old soda shops. The counter was hopping with patrons at each stool. Brunch-lunch menu consisted of yummy choices of bagel sandwiches, egg creams, house-made sodas and knishes. I got this cheddar and bacon knish. I had them “turnpike it up”, which meant the knish was served with melted butter, garlic and parsley and a side of sour cream. I suggest you order your knish this way. It takes it to another level.  I headed back later to get a few of their knishes to go for the next day. 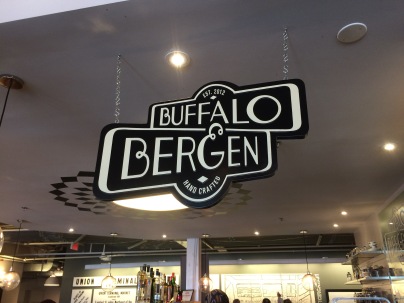 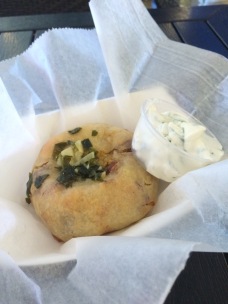 Next stop on the food adventure was DC Empanadas, which also has a food truck. From the choices that were available, I chose the Bronx Bomber empanada: italian sausage, mozzarella cheese and marinara sauce. Delicious and fried up when ordered so it was nice and hot. I also picked up some Cheerwine black cherry soda to compliment the tasty pocket! 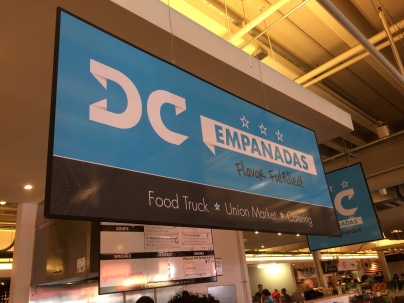 The Mason Dixie Biscuit Co., is a pop-up artisan at the market. They feature their flaky, yummy, biscuits as a feature sandwich or they can be enjoyed on its own. I had one of the hot, buttery biscuit with two side spreads of apple and strawberry. I hope that they become a permanent booth at the market. Their biscuits are out of this world! 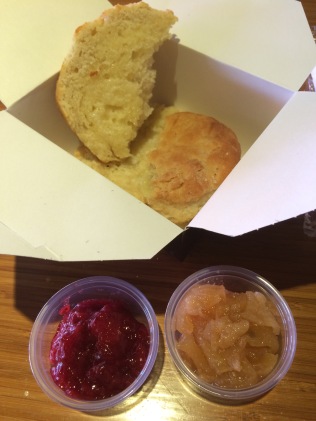 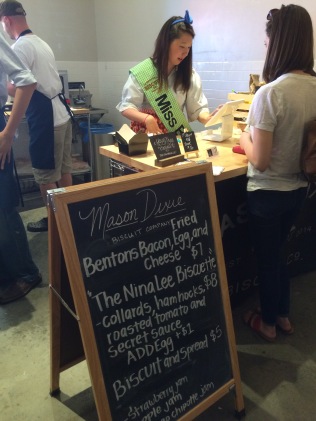 I kept eyeing Righteous Cheese and their “fancy” grilled cheese. On this day, they featured a manchego, roasted tomatoes on crispy sourdough bread. Served with a side of cornichon pickles. Great flavor combo! Righteous has a nice selection of cheeses. Pick a few of their cheeses to take home with you and enjoy with a nice glass of wine. 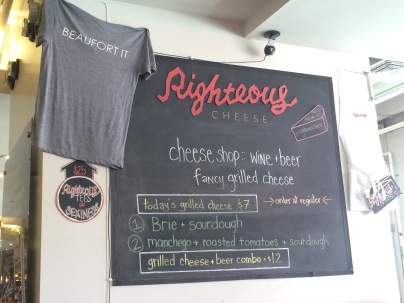 On to dessert. I walked by Panorama Bakery earlier and was drawn in by the case full of wonderful baked items. Huge macaroons, cakes and cream filled pastries. The Saint Honoré pastry is what I ended up ordering. This puff pastry was piped with sweet, heavenly cream and had three little cream puffs on top. Saint Honoré is the patron saint of bakers and pastry chefs so maybe it was divine intervention that made me pick it.

Make plans and enjoy the food feast at Union Market. There are many other delicious food vendors that I am going to have to try on my next visit. Check out Union Market’s list of vendors on their website before you head over there and go on an empty stomach!

Brunch is  delicious at Gypsy Soul at the Mosaic District in Merrifield, Virginia. Now that the weather is getting warmer, plan a visit to this top-notch restaurant during the weekend to try one of these items. When I go, this is what  I love to order.

Yes, it is not a low-cal item on the menu but it is worth every bite.  It is a crispy, pile of chicken skins that are deep-fried. They are drizzled with a sticky, sweet honey hot sauce. Indulge, it is worth it!

Another item that was added to the menu for the spring is duck fat fried beignets. You can get them as an appetizer to start your meal or save room for them for dessert. They are served with a caramel sauce that you drizzle over the beignets. Frying them in the duck fat gives them a mild taste, and does not overwhelm the beignets. They are crispy on the outside and light and airy   inside. Best outside of New Orleans. 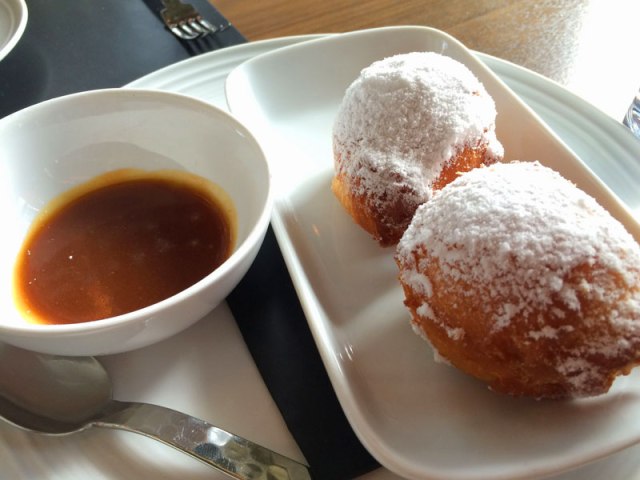 What’s On My Mind? 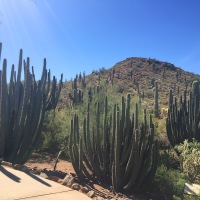 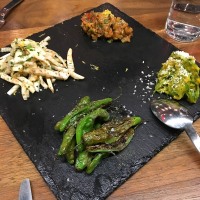 Top Posts You May Have Missed